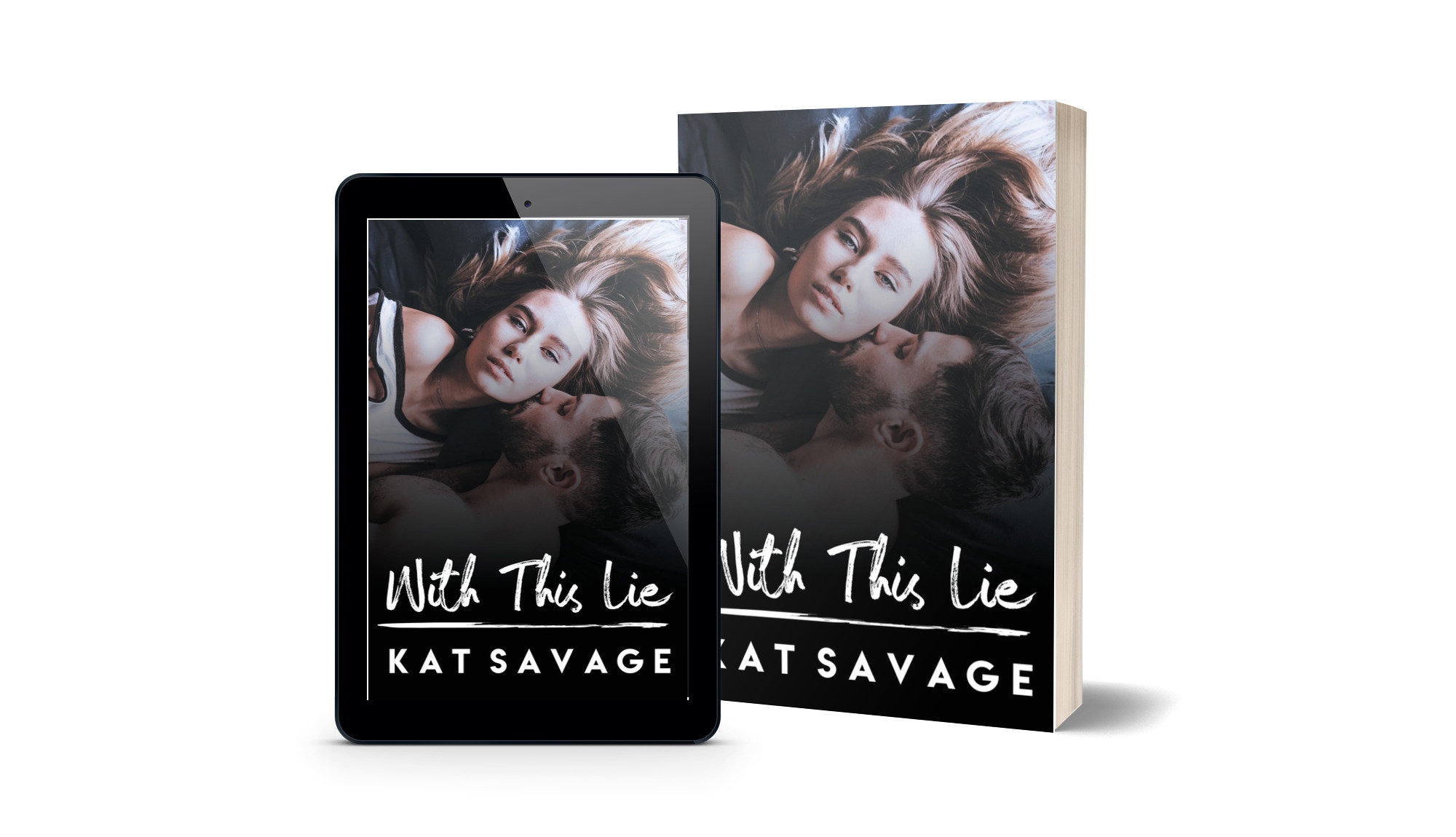 With This Lie - Signed Paperback

Blurb:
Dani Monroe is more than just another jaded woman. Her veins run deep with every reason to never fall in love. If her mother taught her anything, it was how easily a betrayal is earned. After a childhood spent learning that lesson, it's the only truth she knows. Now, as a woman with needs, she strictly dates married men. She knows what she is getting with them—all of the fun and none of the feelings—and that’s how she likes it.

Lucas Kane has only ever been in love once. Disloyalty followed soon after and he wants no part of "a future" with anyone ever again. But having the same conversation with different women became redundant. So he slipped on a wedding ring, and soon realized there were many women out there very attracted to married men. Those same women asked no questions when it came time to say goodbye. So he carries on like this—faking a married life and fooling around.

A chance encounter brings the two together and while it sounds like a match made in heaven, both are leery, with cynical hearts. What happens when two people hell bent on avoiding love find themselves falling? How many lies have they told? Will the truth set them free, or rip them apart?

Please contact me to find out when this item will be ready to ship.

I gladly accept returns and exchanges

Ship items back to me within: 30 days of delivery

But please contact me if you have any problems with your order.

The following items can't be returned or exchanged

Because of the nature of these items, unless they arrive damaged or defective, I can't accept returns for:

0 items in your cart